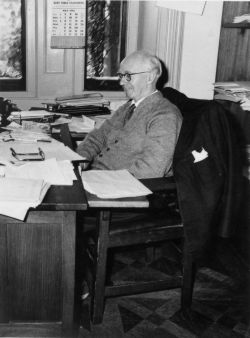 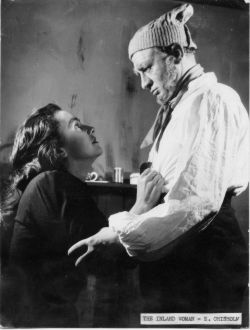 Desiree Talbot as Inghean Og and Gregorio Fiasconaro as Tadh Beag in Chisholm's opera "The Inland Woman", an Irish sea drama based on Mary Lavin's short story "The Black Grave and the Green Grave". First performed in 1953 at the Little Theatre, it was taken to London for the 1956-57 Festival. 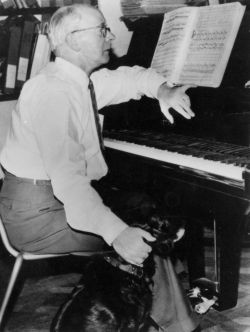 Composing at his Petrof piano with Towser, his concert-going Spaniel, at his feet. The dog was once asked to leave the City Hall by a snooty usher. 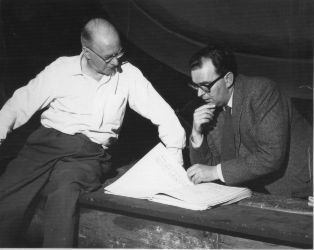 Chisholm and John Joubert study the score of Joubert's opera "Silas Marner" which the UCT Opera School premiered in 1961 at the Little Theatre with Albie Louw as Marner. The opera was the cente of Chisholm's famous "Bloemfontein Boneheads" row because the 1960 Union Festival rejected the work in favour of something safe. 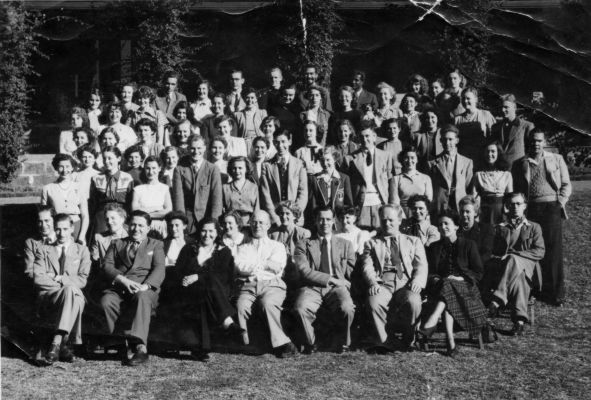 Staff and students pose in the grounds of the college for their annual photo. Lili Kraus and Arnold van Wyk flank the Dean. 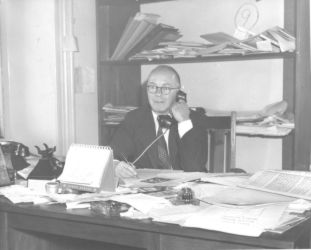 Robert Garcia, Ernest Dennis and Albie Louw as the murderous three rogues in Chisholm's opera "The Pardoner's Tale" based on Chaucer's story and premiered in November 1961 at the Little Theatre. 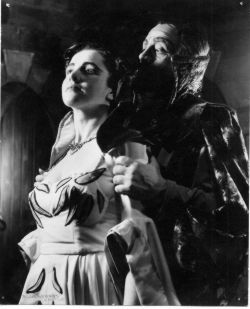 Desiree Talbot as Judith and Gregorio Fiasconaro as Duke Bluebeard in Bartok's opera "Bluebeard" given its first London performance in 1956-57 at Chisholm's Festival of South African Music and Musicians performed by College of Music staff and students. 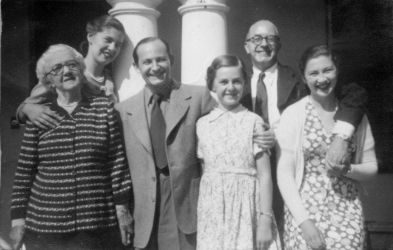